As one of the most exquisite cities of Iran, many tourists fall in love with the architecture and colorful domes of Isfahan. During this free walking tour of Isfahan, we will have a thorough exploration of the downtown of the city. Starting from Naghsh-e Jahan Square (also known as Imam Square), one of the biggest squares of the world, we will get deep into the attractions its surrounded by including Shah Mosque, Sheikh Lotfullah Mosque, Ali Qapu Palace and Qeysariyeh Bazaar. Your guide will tell you about the story of the square and residents of the city from 16th century up to now.

Later on, we will move to the congregational mosque and then Hasht Behesht Palace (nowadays called Shahid Rajaee Park). While walking on the streets of the city and getting familiar with the highlights of the area, your guide will tell you more about the history of the city, the culture and lifestyle of its inhabitants, their traditions, customs and cuisines. The next place to explore, is the most well-known and beautiful boulevard of Isfahan called Chahar Bagh Abbasi.

Also, you will get precious information about Safavid dynasty ruled Iran and different religions of the city. While getting to the end of tour, we will move to the historical bridges of Isfahan and get on Si-o Se Pol Bridge. The amazing stories behind the architecture, walls and streets of the city is a must to hear while you are discovering the city on your own.

Start
Isfahan
The tour starts from Qeisariye Gate in Nashsh-e Jahan Square where your guide awaits you.
Sightseeing
Isfahan
After visiting Naghsh-e Jahan Square with the four attractions its surrounded by, we will move to the congregational mosque of Isfahan also known as Atigh Mosque and then Hasht Behesht Palace. The next destination will be the most well-known street of Isfahan, Chahar Bagh Abbasi, from where we will move to our last destination, Si-o Se Pol Bridge.
FInish
Isfahan
We will finish the tour after our visit of Si-o Se Pol Bridge.

- Be reminded that no services included in free walking tours, except for the guide. - Do not forget to wear comfortable shoes. - There are no visits to the interior of the sites we will see. We just suffice to passing them and having a brief lecture about their history and related culture by the guide.
Free of charge

The tour starts and ends in Isfahan.
Sure. Our private tours are held between one person to large groups. You can choose your fellow travelers by scrolling down the adult's number on the right side of the page.
Since this is a private tour, upon your request, some attractions can be skipped or added (in a way the total number of them is the same as the itinerary and there’s no extra cost).

A well-mannered and gentleman tour guide (Mohsen) that literally was helpful to figure out some touristic worth visiting area that it is almost impossible if you can find it by yourself.
A

Thanks Exitigo and our lovely tourguide. That was great experience in Isfahan for us. we sent you all our good wishes
T

Our tour guide Mohsen was friendly, well behave and positive person. I love those local stories he shares with us, that was so honest and surprising. We gave him tips for all his attempts and thanks Mohsen.
Showing 1 - 3 of 3 total
You must log in to write review
T 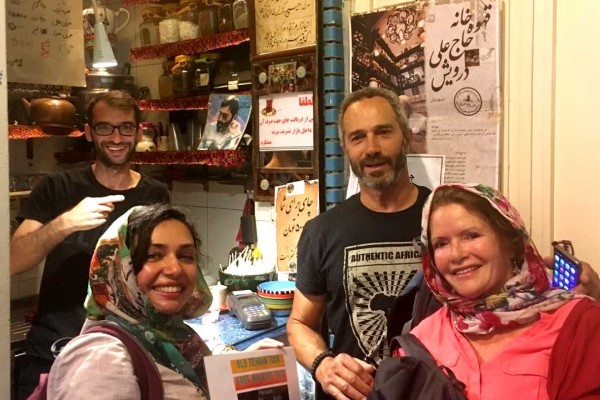 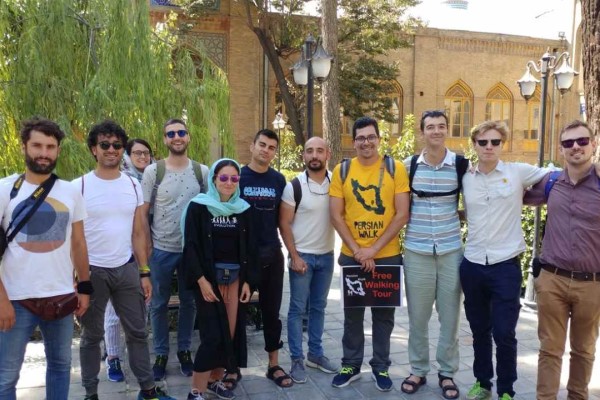